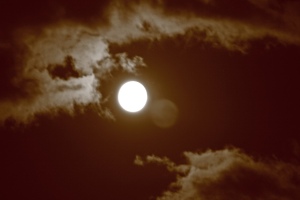 Mercury is in retrograde.

I said this out loud with a group of colleagues once and this guy says “You believe in that stuff? I stopped believing in all astrology when they said Pluto was no longer a planet.”
I paused and replied “Yeah, I believe it. If we know and believe that
the moon pulls the ocean,
why wouldn’t I believe that other planets/stars/things in the sky are
impacting us in some way?”

Astrology is a mystery to me, but I do believe in the information it can offer. In the unscientific study of my own life, I can say that the things I’ve learned about astrology do seem to be true.

I don’t know the “science” behind why Mercury goes retrograde, but I have experienced what happens when it does go retrograde. Ever since I heard of Mercury in retrograde I watch for it and watch for what happens during that time. It never fails.

Some might say that because I’m looking for it, that’s why I find it, but the reason I started looking was because I was experiencing periods of frustration and aggravation that seemed to be in a pattern and that pattern aligned with Mercury being in retrograde.

In astrology Mercury is the planet of transportation, trade and communication.  When Mercury is in retrograde, communication becomes a problem, flights are delayed, airports seem more hectic, email doesn’t work quite right, computers break, negotiations stall, that thing I bought turns out to be something that doesn’t work quite right. Everything I say seems to be taken the wrong way – everything I hear, I hear in the way that I want to hear it, not the way it is. Everything is frustrating.

I’m not saying these things don’t occur otherwise, but I’ve noticed in my unscientific study of my own life that these things appear seem to be elevated during Mercury retrograde.

Mercury goes direct on November 26th and I’m looking forward to it.  In the meantime, my patience and understanding are taking a beating and I seem to be super frustrated all the time.

This post is likely full of typos and inaccurate information – thanks Mercury!