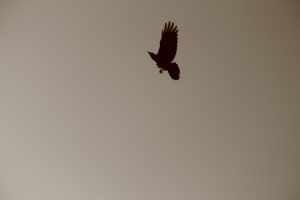 I’ve been in a funk.

The whirlwind of the last three months, trying to figure out what I was going to do next – were stressful, fretting – a lot. I was patient with myself and with the process, but it impacted me in surprising ways.

First, I had to let go of the idea of my old job and the camaraderie, my pals in BTV and NYC. Getting fired makes you feel like – crap – and in this case, it ripped people out of my life that I held in high regard. It was instantaneous. Like death. There’s no way around it – you doubt yourself and you wonder what other people think of you. Some people call or email and some people don’t and you wonder, is it their discomfort with the situation or did they never have any respect for you at all? So, I spent the time crying and grieving all that I needed and that dropped me down into the first part of the funk.

Signing up for unemployment feels like – crap – too. The process is antiquated, the usability of their website is challenging and then you submit and have to wait for approval – for weeks. It doesn’t take as long if you weren’t fired, but if you were fired – they have to make sure you didn’t do anything that “caused you to be fired” – like punch someone in the face. Then, every week you have to claim a week of benefits, which reminds you that you don’t have a job and that you are receiving unemployment benefits. I understand why you have to do it, but it still feels like – crap. DEEPer funk.

Sunday nights and Monday mornings are difficult for the first 8 weeks. You know that everyone else is getting ready for the week to come and you are not. Monday mornings were 100% depressing. Lonely.  DEEPer funk.

Finally, sending out resumes, talking to people, networking, figuring things out – takes time and energy and it creates self-loathing.  I’m all for promoting myself in a genuine way, but you find yourself wanting people to look at you and affirm that you are good enough, which is weird. You know you are good enough, but for some reason, having someone else think that, especially after you’ve been fired, means something.  This was the DEEPest funk – relying on other people to validate me. Sad.

I felt terrible many days, but worked on being positive. I knew it would all work out, but that trust, in and of itself, was a challenge. But a good one.

What came through for me was this – I know that I sometimes want people to validate me, but it’s not really what I want. I want validation from myself and when I could get to the place where I could give it to myself and believe it. The funk – it lifted.

It’s going to be a great weekend. Get out in it. GO.

What puts you in a funk? What lifted the funk for you?